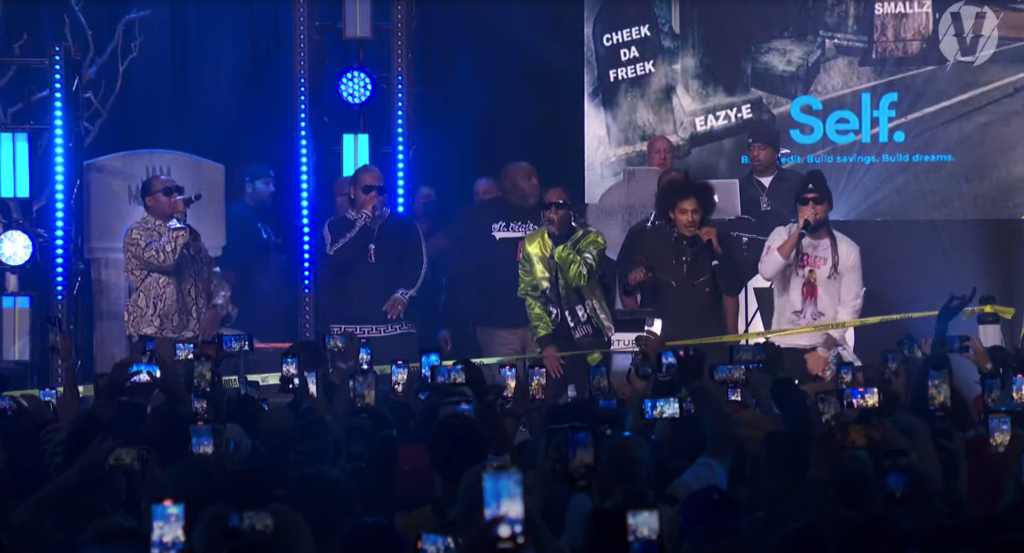 The most media and drama queen hyped aspect to this VERZUZ battle is of course Bizzy Bone’s throwing of the microphone at Three 6 Mafia. Chucked it like a fastball. When the two legendary groups faced off on Thursday (December 2), Bizzy got hot after the other side started mocking Bone Thugs’ choice of music with “Buddah Lovaz” a few rounds in. It led to a scuffle but the seasoned emcee eventually came back and finished the show strong. He apologized on his Instagram afterwards too and blah, blah, blah. The snowflake cancel culture “violence is never the answer” people need shit like that.

I came up listening to both groups heavily and I even got to meet Krayzie Bone when I was in LA. He seemed like a legitimate person when he was talking, which is a rarity among Hip Hop and Hollywood people. This is a fun battle to watch though, no matter who you’re riding with (if you’re one of those people that needs to “win” at music fandom and being hard). And if you haven’t got up on these battles yet, start with this! They were started during quarantine as a live online experience, with technical difficulties and all, and have since been brought to the stage where egos often clash between some of country’s most celebrated musical acts.

The way it breaks down is this: Triple Six has made a lot of loud, animated, crunk, club bangers with minimal meaning beyond let’s get fucked up, fuck bitches and fight. Bone Thugs-N-Harmony makes far more meaningful music with a broader range of topics, heightened lyricism and flow, and polyphonic melodies. We clearly have our preference but that’s not to say the Memphis group has less musical value necessarily. They have plenty of radio hits in their catalog that’ll make hos dance and that’s what’s most important to the majority of American listeners of music. I like dancing bitches too, I just have other parts of my brain that function on a day to day basis.

Round 7: Gangsta Boo – “Where Dem Dollas At” VS. Bone Thugs-N-Harmony – “Resurrection (Paper, Paper)”