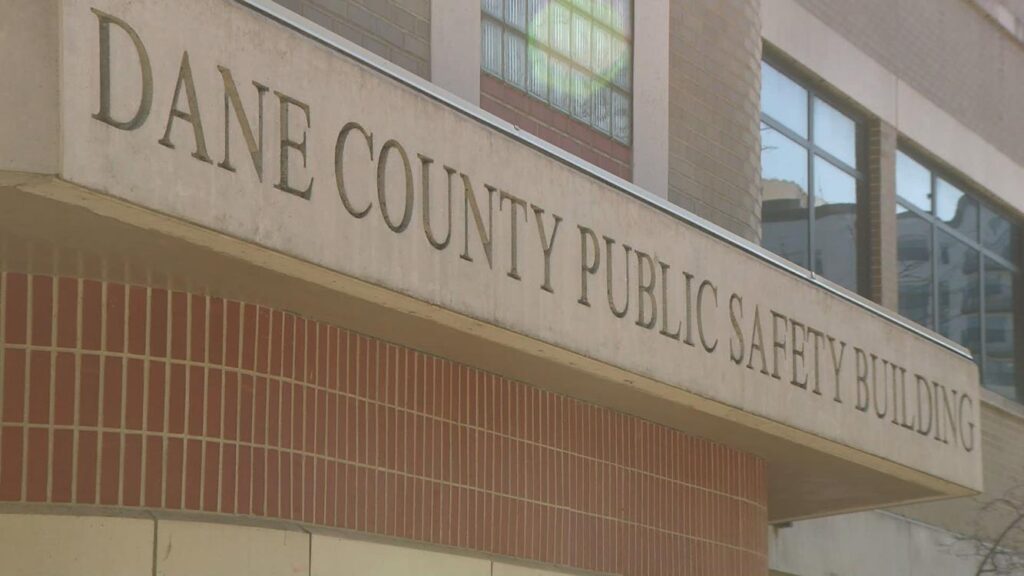 A nurse told us that there were over 100 people with Coronavirus in the jails downtown within the first few days of my stay there. I was just an 11 day “resident” recently, as Sheriff Kalvin Berrett calls us, but if the new variant Omicron is doubling within a few days, it’s a lot more now. What they’re doing about it might surprise you.

They were testing people earlier this year and putting them in seg for a week before bringing them upstairs to the pods. Some were released early to prevent clogging up the jail. When I got there, they didn’t do shit at all for testing. We were required to wear masks, ya, when we were around the police. Otherwise, no, and no efforts were made to encourage us to wear them either. I met a guy who’s whole family had it when he came in and he was sent right in with us all the same. There was a man who just had his 68th birthday in there this week. Hardly anyone was vaccinated and no they do not offer that as an option either. My block started out at full capacity, and I was in one of the smaller ones, at 24. At least 9 people were sent off with confirmed COVID-19 in my time just now. The Dane County Jail system has 1,013 beds across 3 buildings: the Public Safety Building, the City-County Building, and the Huber Center. Renovations have been in the works for years. Other changes are needed to.

The deps were moving folks all around to different pods too so the idea of herd immunity was out the window. Well, we were flagged as a contaminated unit, but others were filing in still from downstairs in the holding cells too. After a trial run with moving people around to try and fix the problem, the oppers started to bring them across the street to the other building. When someone was sent out though, no cleaning was done to the beds before someone else was placed there. We had to do it ourselves. One night, they put us in the gym for an hour and “cleaned” the whole space apparently but who knows what they did exactly. They have a special AeroClave automated machine for sanitizing rooms and Skytron UV equipment too but they clearly weren’t using those enough to be effective. Mind you, low income folks are much more likely to A. be arrested and B. contract da Rona. They are now testing people at day 14-ish of their stay before they go to gen pop.

On another note, the ramifications of getting a second DUI are severe. The first is bad but now I have to do 90 days or 65 with good time (no hiccups with the bracelet). I have made some terrible mistakes in the past by drinking and driving, as almost all Americans that drink have whether they admit to it or not, but I deeply regret them. Cliff Grefe has never been one to brag about drinking more than someone else or being a “good drunk driver” and I don’t recommend trying to achieve medals in binge drinking whether you think they’re an achievement or not. Having issues with alcohol/drug addiction are complex to understand and deal with, especially for those don’t have genetic or social predispositions to them, but mine have come as the result of both, the pursuit of happiness, stress and pain relief. I don’t just “drink to drink” but even if you do I highly recommend sleeping it off on a trustworthy couch or anywhere safe for a night, finding a reliable DD, using the bus or making sure to have the money for a LYFT or something of the sort – if getting behind the wheel is on your mind. It’s a good habit to get into and the earlier in life the better. Save yourself the danger, money and time to the best of your ability.

I was considering enlisting too, since it’s been years of painstaking letdowns trying to get any kind of decently paying job in any of the fields I’ve worked towards, even though my chances were slim already from the diagnoses and criminal charges in my teens and twenties, but now it might be impossible due to the 2nd OWI. The officer program for college graduates is out of the picture according to a recruiter I talked to a few weeks ago. I thought maybe that other stuff could be looked at as in the past but this was just earlier this year. This quarantine has been tough for me to deal with already. On top of that, for the 2nd offense, you have to pay hundreds of dollars for the charge and court fees, then hundreds and possibly thousands more for the rest of the shit depending if and how long you need an AODA (Alcohol and Other Drug Abuse) assessment, jail diversion (Huber) bracelet, breathalyzer on your car and/or high risk SR-22 insurance. For this one, I have to do 10 sessions with a counselor, get an ignition interlock for 16 months and pay for the high risk insurance for 3 years. It’s a mess.

I had to do the 11-12 days inside, even though I had Huber privileges, because apparently 10 days (or clearly more if they want) is how long they decided it takes for THC to get out of your system. My case worker said once it took 60 some days for a pregnant woman to clear it out of hers. I didn’t smoke weed (Delta 9 or otherwise) for a month before turning myself in and I still tested positive. Who knows if I would’ve made it if I wasn’t drinking a gallon of water a day and the leftover juice from commissary pickle bags, all the coffee I could down without getting attacked by the other guys, eating several servings of the pickled beats, fruits and vegetables when they came around, cutting sugar, and doing putting down hundreds of pushups a day. They tell you it’s 10 days for THC but guess how long they hold ya for crack, heroin, fentanyl, oxy, bath salts or meth in your system? That would be 5 days. It’s 3 or 5. Either way. And yes, even though CBD, Delta 8 and 10 are legal in Wisconsin, they will lock you up for that too. They once confiscated my hemp papers that I bought at a gas station down the street.

I’m the man that reads a lot when I’m there. If you’re looking for a smart and political spy novel I highly recommend Absolute Friends by John le Carré. God damn Americans… I pretty much keep to myself, read and do my workouts off to the side. Sometimes I’ll write or do the puzzles from the paper. We were betting push ups on sports too but I try n stay away from cards, chess, comparing notes on charges and other games of the mind because enemies can easily be made that way even if you’re not meaning to at all. Most folks in there aren’t foul like that but some are extremely immature and volatile and it doesn’t matter if they have grey hair, no hair, brown skin, pink skin, skinny body wide body, or whatever. Sometimes they do a lot of that Black vs. White shit too. It can get really dumb really fast. I had some whitie kid suddenly trying to be big tough at dinner, telling me about how he went at someone with a rail gun and was going to kill him with it until the guy pulled out a checkbook and was offering him millions of dollars (but that still wasn’t enough, end of story). Then there’s the blackie dude comparing me to some child molesting parole officer in the paper after several days of pretending to be cool.

One last thing on the drinking, especially if you’re in Wisconsin. I bartended in downtown Madison for about 4 years and I don’t think I ever heard SafeRide mentioned. SAFEwalk, yes, but not SafeRide. My homie has been seeing their ads on TV and thought it was more common that it is. He almost had me convinced. It’s actually rare in America’s restaurant and bar capital. In the heart of “liberal” Madison, they overhire cunts, pay employees 2 to 5 dollars per hour plus tips, overcharge for drinks, but don’t sign up to be a part of that program. It would cost to much to them. You work for tips and higher ups get rich off overserving. But even hearing about this program alone woulda got me out of a lot of predicaments. From my understanding if you’re outta money and there before bartime, you can walk to one of the places that partakes in SafeRide and get a ride from there. It’s supposed to be free. This is an especially difficult time of the year for drinking and driving accidents. Both of mine came in late January – early February. Stay safe out there.