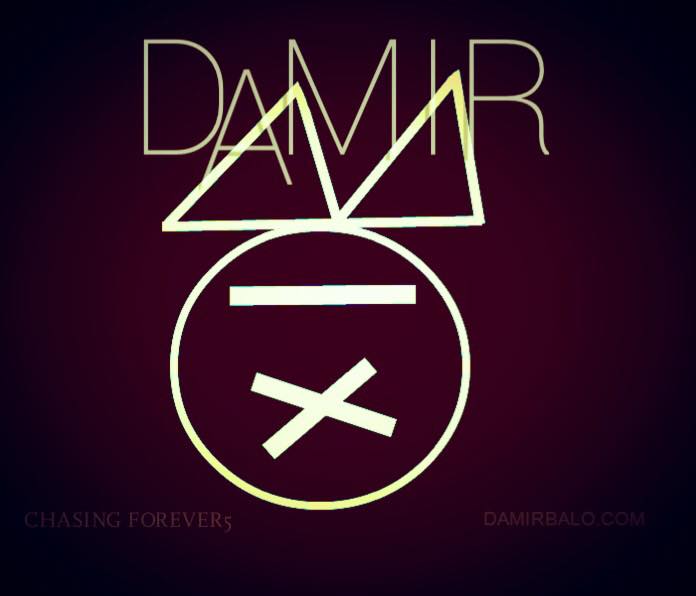 Keep your eyes on Damir Balo, The talented Milwaukee, Wisconsin Jack Rap emcee hits to his own beats and moves in his own way on Chasing Forever 5 (August 24, 2015).

It’s no secret that Midwest emcees flow better than anywhere else. From Twista to Bone Thugs, Tech N9ne to Eminem, we hold the crown. Jack Rap is just one of many flows that started in the area. Genesis Renji says it started in The Mil, while Balo is unsure. Actually, Balo and Earlly Mac sound alike at times, especially how Balo goes in on “IsWhat It Is”. With Detroit and Milwaukee sharing influence, I’d like to see the 414 chop with the 313.

The “talkative flow,” as he explained, is everywhere in the land. You can hear his straightforward style in his lyrics too, as the rapper-singer flips from thoughtful love songs to hyped up dance records throughout CF5. Instead of fabricating a persona, this artist vies to keep it genuine, and relies on his artistry instead of the material.

Damir Balo mixes the style from his hometown with the OVO brand. Ya might confuse one of his beats for 40’s. “I produced everything on the project,” he says. The artist goes with the Northern, ethereal Trap-R&B sound. Those creeping beats can be hard as hell to rap on too but Damir Balo can be smooth with the words. The emcee gives it his all, showing heart and range on “318 A.M Interlude” and “A Real Love Song(HER)”.

“I’m really just tryna to get more out in the scene,” he says. The Brew City talent dropped this Chasing Forever 5 project to showcase his in-house production but he ain’t stopping anytime soon. He revamped the mixtape series with the 5th installment and plans to unleash Chasing Forever 4 on his birthday – December 18, 2015. Damir Balo also claims he has an upcoming collaboration with Dana Coppafeel called “Rap Lords”.

The “I Need Yu” cut would get radio play if it sounded cleaner. His flow are too cold to have the mix clipping like that. I hate to say that but as we live in an indie rapper’s market in 2015, and we’re expected to do more than possible. That being said, Damir Balo hails from a place of struggle and he’s doing everything he can to stand outta the fray.