Genesis Renji is only 23 but already speaks like a veteran of Hip Hop. When I asked him about A Shot Of Gen 3, the Maryland-born, Milwaukee-based emcee said, “It’s just my 10,000 bars” (November 17, 2015). This is a dope EP by any standard, but that mindset – knowing ya gotta work for it – speaks to the quality coming outta the 414.

I had the chance to chop it up with Gen yesterday about the EP. The fluid emcee looks to “always be as versatile as possible,” and that shows through on this collection of bangers. Gen cites Lil Wayne, Eminem and Lupe Fiasco as major influences, and not for none, I think he can flip records with the best of em in 2015. The Young Casanova goes from a super lit “The Roof” all the way down to a smooth “Cassette Love” with Oshi. “Time Burton’s Wedding” stands out because of that dirty “Cry Me A River” sample, but then the rapper kills two bangers in a row until closing with an ambient “Rubbish” joint.

Gen’s execution is on point, which makes him seem more relatable than the average. I asked him what people like about Milwaukee rap and he said – “The authenticity”. Before it was “Jack Rap,” he explains. “That’s middle of Burleigh.” But now Detroit has claimed that flow for themselves, The Mil is on a new wave. According to Gen, all the scene needed was “the right light”. And although the rapper pays homage to The Chi – calling it “Mecca” – he assures Milwaukee has next year.

A Shot Of Gen 3 is the final installment in the series. Genesis Renji is already looking forward to a complete concept album next year. Also, look out for the “Tatted Up” video, coming soon to a video platform near you. 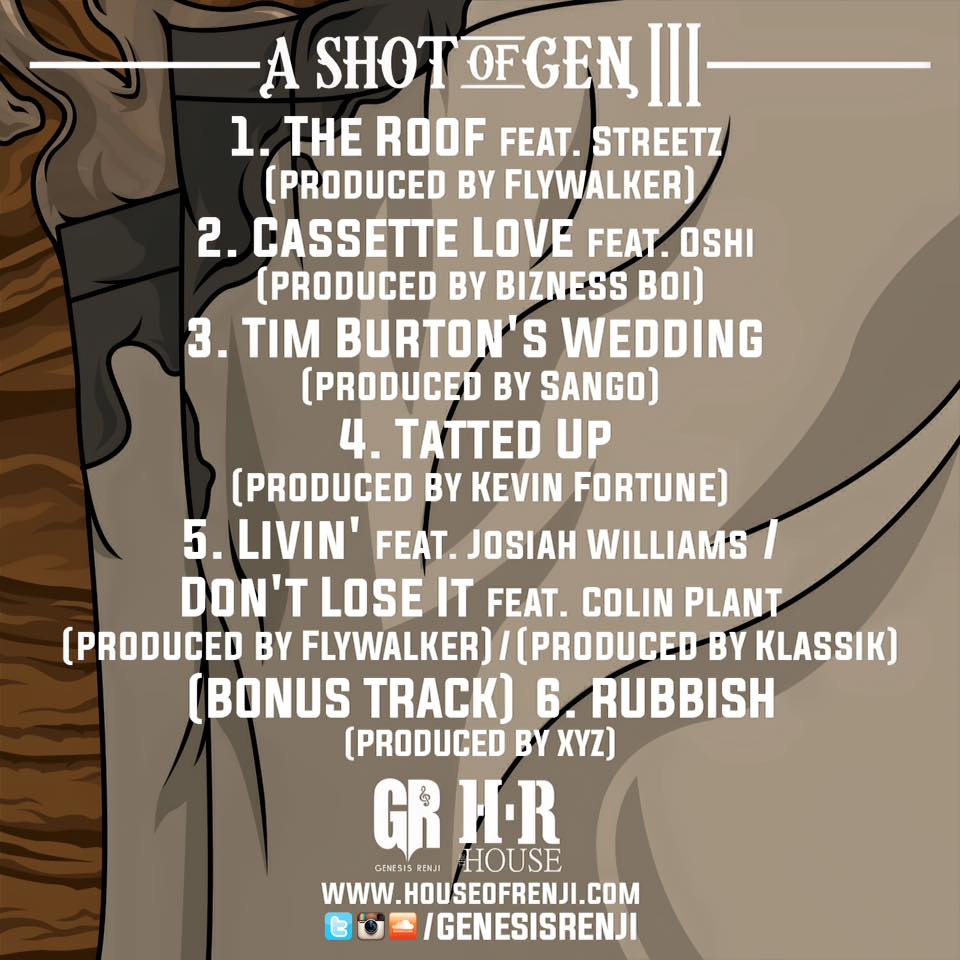