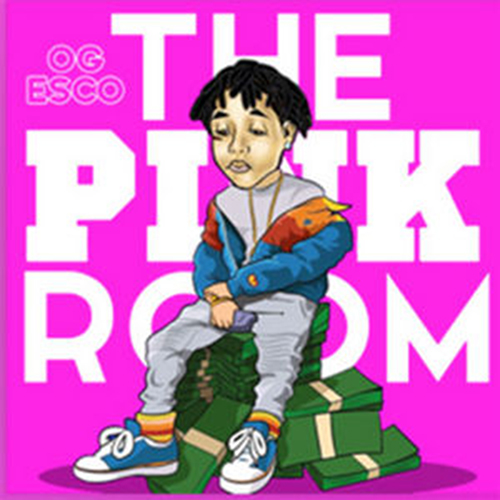 Og Esco dropped his long awaited The Pink Room tape recently (September 6, 2015), despite being incarcerated. The rapper-Camera God and de-facto leader of 1947 Sdot Gang has been on a vicious indie grind for many years now and his newest shows that better than ever.

All the years of production have taught Og Esco how to create records. His ear for concept records is inspiring. Slide him a murky beat and he’ll turn it to gas in a day or two. Esco is also one of the most lyrical drill emcees in the land, and for that, The Pink Room is the coldest drill mixtape outta Madison this year.

I’ve personally watched Esco (aka Rio Escobar or Ogee Esco) bounce from his hometown Madison, Wisconsin to Chicago, Pittsburgh and Atlanta several times. Whether it’s to rap, film, edit, tattoo or network, Rio is always on the move. He’s a a hungry, creative genius and I’m on his side for that alone. The fact that Esco still preaches for his team and looks to give back to his mother and family shows that the young emcee has a deeper purpose too.

Unfortunately, Rio’s Madtown grind often lands him in a jam, and time spent on the inside is no good for anyone. The frequent name changes, rebranding and unfinished projects don’t help either. That being said, add a little discipline and direction to the madness, and I know Og Esco can navigate 1947 to the top of the scene.

Watch Rio’s self-produced video for “Everything” . Now that’s what ya call “unsigned hype.” The entrepreneurial artist has bars too. On “Scared Money,” he says:

“I’m outta my mind
But still on her coochie, me nookie we making a movie
We shitting on niggas like taking a dookie
You fakers wanna do me, I shave with my uzi
I bang for my oozie, go on dates with my uzi
She my bae, she my booskie
Turnt your bae to my groupie
Gave her face to big nookie
Caught a case and then blew me
Niggas was snitching, there had to be someone who knew me”